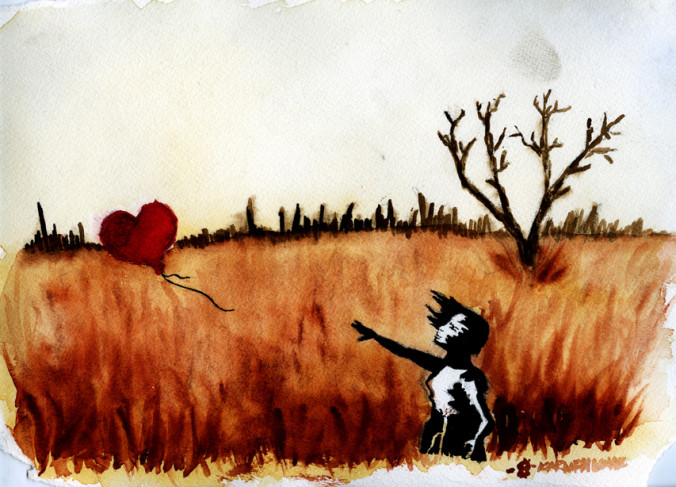 Feature Image …Come Back… by IFeelNothing via DeviantArt

This is a brief history, although longer than I thought it would be. This is the best way I know to quickly explain to people where and what I am from.

I was born in 1980 to a prostitute/stripper who also happens to be a substance abusing, sociopathic, schizophrenic nut who is currently dyeing of a sexually transmitted disease. Go figure… She does not know who my father is, so neither do I. When I was 4 years old I severely broke my leg horseback riding, shattering my femur which popped out of my skin. I believe I was in a coma for the first two weeks, in traction for over a month, and had to be in a body cast for a few months after that.

When my biological egg donor heard about how long the traction was going to take and the body cast, she decided she couldn’t handle me any longer. A call was made to her ex-husband who then became my new step-father. I remember the conversation to this day (she made it from my hospital room until the doctor told her to leave my room and have the conversation elsewhere). I think my step-father might have paid for me, but at least was able to stay with my brother, (half brother, but the only blood relative in my life today) who was also “given” in the trade.

When I was 8 he got remarried to a good women, who I refer to as my mother, even though she is my step-mother. They had two children together, my stepbrothers. So by the time I was a teenager, I had 3 brothers (one half-brother, two step) and was living with two step-parents, which can really be hard for people to understand. The best way I can explain it is to say I was adopted, although I never legally was.

In high school I was a musician and an overachiever, which carried over to junior college. In work I was also an overachiever, starting management positions at the age of 17. When I was 20 I continued to work hard, regularly working over 50 hours a week, going to school, and still taking time to party hard. I think I was running from something…

But one day my demons caught up with me, and I hurt my back on the job, slipping three disks in my lower spine. I went through two back surgeries to correct the issue and now am the proud owner of some dead guy’s bones, in a dual level fusion. I was given a variety of medications to deal with pain, muscle issues, and anxiety, with the biggies being opiates and Vicodin. That one drug single handedly started my dive, head first, into substance abuse. At one point I was taking over 20 a day and had a very hard time quitting. I actually experienced severe withdrawals, probably because I quit without supervision (I did not know any better at the time). Now I do not take any prescribed medications, but do smoke pot, the natural pain reliever, which I find is the best alternative for now.

I believe this injury happened because I needed to slow down and face my issues, hence where I am at today.

Learn more about My Monster and this blog.

Below is an archive of posts that I believe tell my personal history and the story of my abuse. This area will continue to grow as the blog gets older.