I remembered another point of view on my post from yesterday, “Why I’m Afraid of Spiders Part 1” (Trigger Warning). I think my brother is also deathly afraid of tarantula’s. He is fine with all other spiders, as far as I can tell, but tarantula’s have the same effect on him as they do me. My theory is that we share this abuse story/history, but he may have been too young to actually hold a memory of it at all (he would have been 1-2), except maybe in his body.

He recently joined the military, and did many months of drills outdoors in the desert. He told me about one of his training days where he was learning to use one of the large, stationary machine guns (probably something similar to a Browning M2 .50 caliber), so you can imagine a 5′ 11” guy, built like a tank, operating a very large weapon, rounds spewing, and he sees an innocent tarantula walk by him…he told me that he jumped straight onto on of his buddies backs and starting screaming like a bitch! He also shot it until it stopped moving…

He will recount stories like this, but ask him if he remembers his childhood, if he remembers anything ‘odd’ or ‘out of place’ and he will clam up so fast, you will think he was someone else. This has always been true, and still is today even though he is now 24. I think this is part of his process, but wanted to share another aspect on the story. 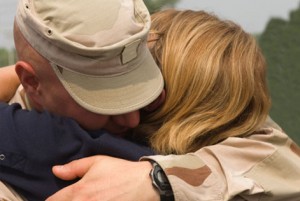