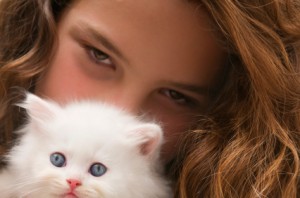 this story was first told out loud during therapy, and here is my re-telling of that session and the story:

when i was probably about 5 my father brought home a box of kittens. they were very little, probably just born and white, eyes barely open. there were over 10 of them.

the day after my father came home he found my brother and i playing ‘toss’ with one of the kittens. i am horrified to even write that, but it was true. i think i also tried to flush one or two down the toilet, in a bathroom attached to our garage.

i feel an immense amount of guilt over these actions that could never be conveyed with words. it weighs so heavily on my heart that each time i think of it i feel like my heart is in a vise, i cannot breath and feel i might cry so hard that i will die, although tears never come, except this time. i understand that i was very young and i also think i was trying to protect them. my therapist also told me that children reenact their trauma, as a way of trying to understand it.

NOTE: my father actually re-tells this ‘kitten killing’ story to me, and his fucking shock over it, in front of friends and boyfriends. he even once told it during a meal out at a restaurant with my best friend and our whole family. then when i was upset and left, everyone thought i was being dramatic. wft?

the night before the ‘kitten killing’. i have recently remembered a few memories involving a black man (sorry if this offends you, but that is how i think if it in my head – i promise i’m not racist!). but they are flashes of memories; here is a list:

i had been lying on my bed with my littlest kitty, who is a calico. she is multi-colored on top, but white from the tip of her nose all the way to her tail. she was lying on her back (so cute!) and i was petting her belly right before i fell asleep. when i was a second from sleep i had a flash of a white kitten with its neck slit, blood coming from the wound. it horrified me and i almost convulsed up against the wall. i tried to fall asleep again, but had a flash of it once again, and then a flash of more of them, all in the same condition. it horrified me, and then i was flooded with flashes of the memories listed above.

i remember walking into the ‘basement’ and seeing the box of kittens on one of the tables. i knew that anything in that room would never come out, at least not the same. the room was a “point of no return”. i knew the kittens were doomed (although i guess a few got out, that i killed the day after – see above.) the big black guy came into the room and picked up the box of kittens, putting them on the rolling table, that was near the bed. there is a metal tray by the box, that i have the sense is for catching blood. he turns around a grabs a knife from a table of different knifes, the ‘knife table’.

i think he is mad, and has always been mad that he cannot evoke a reaction from me, except a smile. he can get reactions from the other girls, but never me. i can sense it makes him angry, which is why i do it. i think he is determined this time to get a reaction.

he grabs one of the kittens and throws it on the bed. it stumbles around and he tells me to play with it. i do not want to touch it and i am crying and screaming inside. he pushes the kitten toward me and tells me to play with it again, but i crawl up against the wall, at the back of the bed. he picks up the kitten and slits its throat over the metal tray, dumping it there. he continues this process, until i am sitting rolled up in a ball, crying so hard that no one can unroll me. i know the kittens are not all dead, and i cannot stop looking. i am only remembering some of these details know as i write this, and it is a very bad, sick feeling…

I Have Been Abused – Please Believe Me!***